Your actions may be right but are they morally worth it? Kant’s account.

Kant argues in the critique of pure reason that an action might be morally just but it does not necessarily have to have moral value. Meaning; that not all actions hold the same moral worth. It is noteworthy that this theory applies to actions of the same moral significance.

For instance, if I tell testify in a court of law and tell the truth to save an innocent accused’s life, that action holds moral value for Kant. Similarly, if I give the same testimony for the same accused, however, in a court simulation – which does not have real consequences and thereby my testimony does not save the innocent’s life – this action will be morally acceptable but would not hold moral worth.

I agree with Kant on the moral value of actions because of the fact that a truly moral person would choose to do the right thing regardless of the consequences. This is the moral standard one must adhere to. If I were telling the truth in the first scenario of the case mentioned above, I would have either done it because I knew and believed it to be the right thing to do or I told the truth because of an external force. If the latter is the reason for my moral action, I am most likely to not tell the truth in other such circumstances. This means that my overall moral worth is likely to drop in the future and the said action, therefore, does not hold any moral worth.

How impartial can you really be? Utilitarian Approach.

John Stuart Mill means that it is important for every member of a utilitarian society to be impartial when making decisions that could determine the happiness of the person himself. Meaning a utilitarian should not think of only himself but of the entire society. And this principle should not be compromised, according to Mill.

It is difficult for anyone to be impartial insofar as to sacrifice their own happiness over other people’s but there is one way that has the potential to make everyone benevolent at such high standards, and that is to have a rational understanding of what it means to adhere strictly to this utilitarian principle. And understanding this principle and its meaning means accepting wholeheartedly that the greater good for a greater number of people is as moral as we can be.

All human beings are born free and they have a right to their life – how they want to lead it and whether they want to live it or not.

Mill’s claim advocates for the altruism of the highest standards and it cannot be objected to. However, in specific situations in which strictly adhering to this principle does not lead to the broader utilitarian principle of the greater good for the greater number of people, it will be a blind path to take. But in situations where it is certain that one’s impartiality will lead to the satisfaction of the fundamental utilitarian argument, it is an unobjectionable proposition.

Can you use people as means of self-interest?

It is possible to treat someone partially as a means. In fact, human history, including the present times is full of examples where individuals have used other individuals to get what they want. A glaring example I hear about every day is Russian President Vladimir Putin’s war on Ukraine at the hands of his conscripts. He is using young conscripts to further his own interest. And this is also quintessential to justify that using someone as a means to get what you want is unjustified.

I justify my argument with a rather broader concept – Freedom.  All human beings are born free and they have a right to their life – how they want to lead it and whether they want to live it or not. This basic right to living a free life makes us human and treating someone partially as a means is akin to infringing on their most basic right – ergo, infringing on their right to be human.  Furthermore, it might inflict great suffering on the ‘victim’, as evident from the Russian conscripts fighting Putin’s war in Ukraine.

Here, one could counterargue that it is possible to treat someone partially as a means with due consent – and in that case, it is moral. If a person willingly and in the right state of mind,  knowing all the ramifications of their decision, wants to be used – they too have the right to choose. They may do so and one would not have any objection.

In the case of the economic difference between Jeff Bezos and the average Amazon warehouse worker, we can establish that both of them enjoy the same liberties when it comes to taking action for economic success. However, it is also pertinent to mention that the average Amazon warehouse worker may not have had the same financial background to ensure fair results of their action – which begs the question, how do we know, or verify, whether people have the same opportunities to gain financial and economic success justifiable? On account of the countless variables and subjectivity involved in the case, we cannot in fact verify whether people have access to equal opportunities.

This leads to pointing out the inconsistency in Rawls’ difference principle but to answer the moral justification of economic and social inequality according to the said principle in the context of Bezos and the average Amazon warehouse worker, the inequality is justifiable. 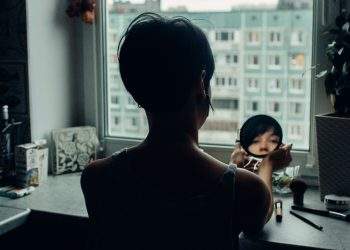